The national park is a vast, largely unchanged region of exceptional and multifaceted natural value, and includes one or more preserved or insignificantly altered ecosystems. It is intended primarily for scientific, cultural, educational, recreational, and tourist activities. The river Krka is 72.5 km long, and is 22nd longest river in Croatia. It rises at the foot of the mountain Dinara, 3.5 km northeast of the town Knin. With seven waterfalls and a total height of 224 m, the river Krka is a natural phenomenon. Travertine Krka waterfalls are the fundamental phenomenon of this river.

Already in the mid-20th century people recognized the need to legally protect the river Krka and its surrounding areas due to its exceptional natural values which needed to be preserved. The initiative to declare the river Krka a national park started in 1971, when they developed the spatial plan under the name of National Park “Krka”: spatial development plan. The area from old Croatian forts Trošenj and Nečven to the bridge of Šibenik, including 3,5 km of the river Čikola with the total area of 142 km 2, was declared a national park on January 24th 1985by the Croatian Parliament. Due to 4 urban areas (Skradin, Bilice, Raslina and Zaton), the construction of the highway Zagreb – Split and development of tourism and other agricultural activities in that area, the Croatian Parliament revised borders of the park in 1997 by the Law on amendments to the declaration of the National park Krka. The southern border was moved upstream to the Skradin Bridge, and northern border was moved almost to Knin. The border of the national park Krka stretches 50 km along the upper and middle stream of the river Krka (2 km downstream from Knin up to Skradina) and lower stream of Čikola (including the estuary and 3,5 km of the canyon river), on the area of cities Knin, Drniš, Skradin and Šibenik and municipalities Ervenik, Kistanj and Promine. 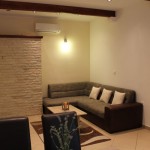 Overview of the Deluxe Read More -> 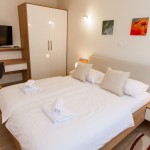 Overview of the apartment Read More -> 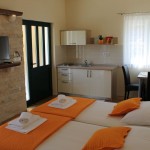 This studio includes a Read More -> 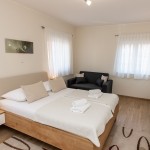 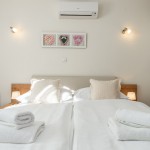 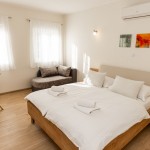